I suspect that most of the small number of people that read this blog will know Janet, my wife. Also most will know that 6 weeks ago she fell and broke her arm.  This blog is an update on the current state of her arm.

To recap, Janet fell over a pot hole in the middle of Wealdstone High Street. click here for a Google map link that shows the area where the accident happened. The road surface was then in reasonable condition.

This is the pictures that I took soon after the accident. 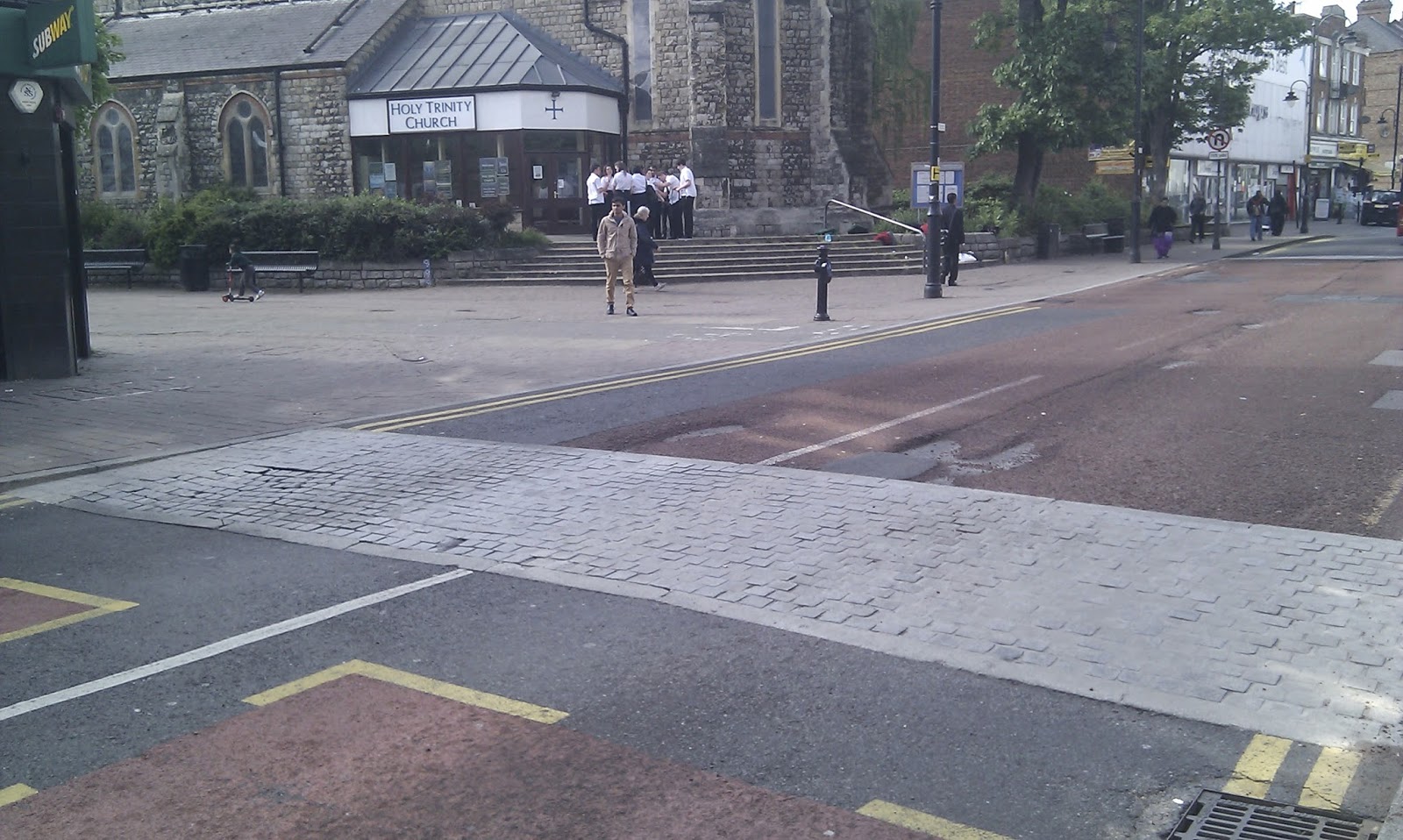 And here is a blow up of the pot hole. 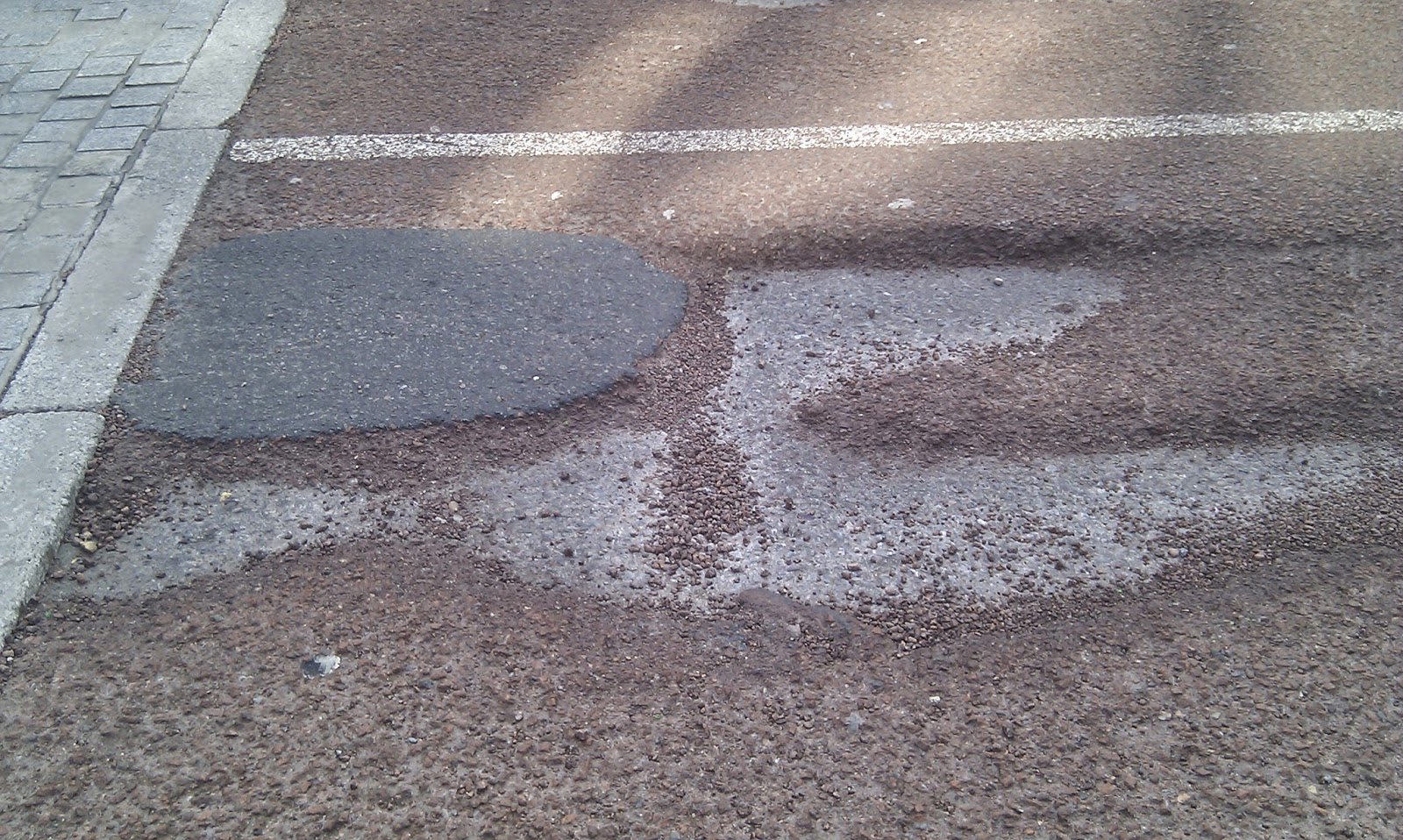 Janet was on her way from the shops to HAD where she works as a volunteer. When she picked herself up and joined me at their office in Wealdstone it was fairly obvious that it was serious. One of the staff kindly took us to Northwick Park A&E. The original x-ray at A&E showed that she had a fracture of the ulna close to the elbow joint, the radius had a small impact chip. Her arm needed a plate to help the healing and the operation was carried out the following week. The x-ray below shows the elbow joint with its new metal plate. 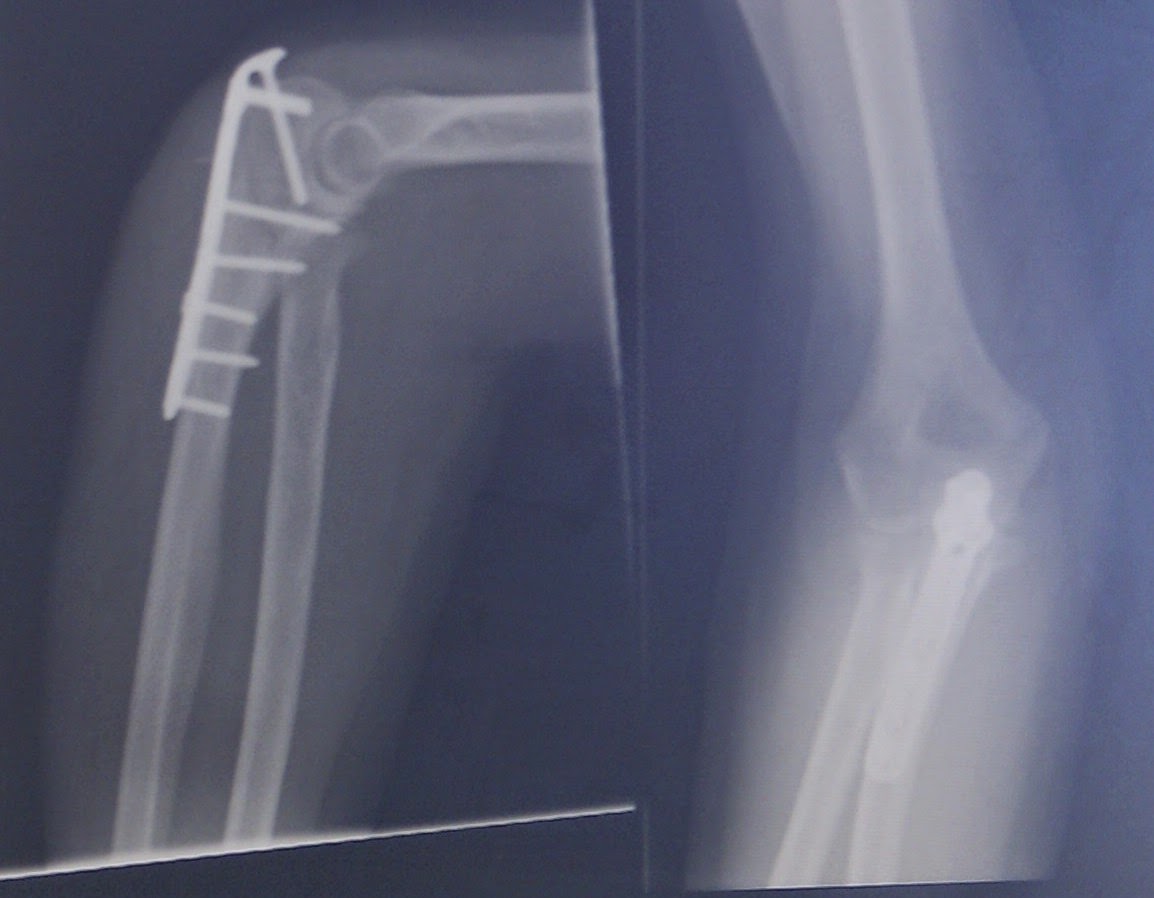 Two weeks ago the plaster cast was removed. Janet and I sat in the doctors office at Northwick Park whilst the doctor told her that she would have to have a new plaster cast for another two weeks. My forthright wife, with a stereotypical welsh personality and the scepticism toward doctors built up over the 40 years she spent working for the NHS, started to "negotiate" with him over why he thought that she needed another two weeks in plaster. At this point I started to hope that a hole would develop in the office floor for me to jump into. The upshot was that she left on reasonable terms with the doctor but without a plaster cast. She promised him that she would keep her arm immobilised in the sling for at least a week. I looked to see if her nose was exhibiting any elongation. Last Friday (6th June) Janet attended another fracture clinic and was seen by a different doctor. This doctor told her to throw away the sling and start moving the arm to get the extension back to the elbow. He said that it is important to move the joint as soon as possible. Janet explained about the previous "discussion" over the plaster cast only to be told that she did the right thing as another 2 weeks in a plaster cast would have made it more difficult to move the elbow and create further muscle waste. I was left with a smiling, purring, wife who was exhibiting all the intensity of self satisfaction that righteous vindication brings about. I'm pleased that we did not pass the other doctor in the corridor on our way home.

On Saturday 7th Janet went to the physiotherapist and they managed to get the extension of the elbow from 45 degrees to 22 degrees. There is every hope that the arm will return to full extension over the next 4 to 6 weeks. The intention is that the plate will remain as removing it creates a weakness around the pin holes that could make the arm easier to fracture.

Janet already has problems getting through airport security with her 2 metal hips. She usually has to submit to a body search. This plate, of course, is going to make it even more difficult. I sometimes wonder if it would be easier for her lie down and go through the security scanner with the bags coats etc.